Dogecoin is a cryptocurrency that started as a joke to mock the other cryptocurrency. In 2013 Bitcoin was gaining some popularity. Also at that time, there are so many other altcoins that trying to beat bitcoin. Dogecoin was created to mock those other altcoins that were trying so hard. In this article, I will give a brief discussion about Dogecoin and the future of Dogecoin.

It was founded by 2 engineers named Billy Markus and Jackson Palmer. Dogecoin has no pre-mining. The founder mined alongside new miners and kept very little for themselves. This goes to show you how little they thought about their own coin. At first, the mining system was random. The lucky miner will get a million Dogecoin. However, some miners found a way around that. After discovering that flaw founder made some changes. Now every miner gets ten thousand coins for producing per block.

The Use of Dogecoin

Unfortunately, there is only one clear use of Dogecoin. And that would be a medium of exchange.  Even though it was created as a joke, the main purpose of Doge is that people can send this coin to family and friends. To that point, Dogecoin is pretty successful.

For example, in 2014 Doge community members raised 30,000 dollars to the Jamaican Bobsleigh team to the winter Olympics. Also, the Doge members raised 50,000 dollars in order to help Kenya’s drinking water problem. Also, you can buy many things such as merchandise, movie ticket, Supercar Etc.

Because Dogecoin has less transaction time and fee than Bitcoin it can be easily used as a preferable method of exchange. Dogecoin can handle 30 transactions per second and the transaction time is around 5 – 10 minutes. The average transaction fee is about 1 cent. As I said this is faster and cheaper than bitcoin because block producing time is only a min wherein bitcoin is more than 10.

Why Dogecoin became so popular

I happened to think there are two major reasons why Dogecoin became so popular. Now, what are those two reasons? The first one is meme culture and the second one is the great Elon Musk. Let me explain.

Meme Culture: We are living in a meme culture where a simple class photo can become a popular meme. So its kinda make sense that the Shiba Inu meme would take off so well. The icon that meme can be easily remembered and people who have seen it on the internet know more about the coin than another cryptocurrency. To be honest, it’s a lot harder to sell a Difficult crypto idea than a simple dog picture meme. 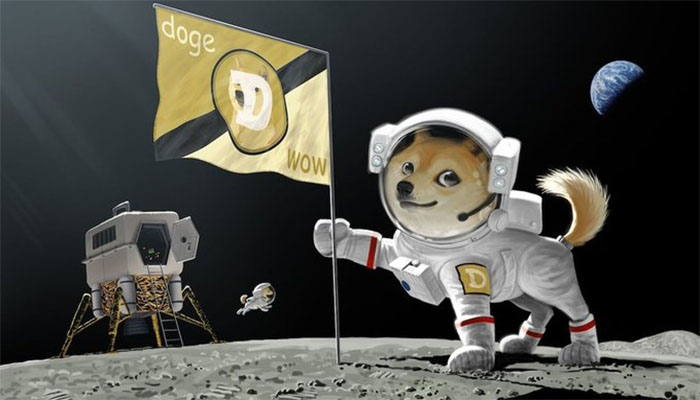 And once a meme came into notice you have social media to amplify the effect. It’s the nature of the algorithm that will amplify any popular topic. Memes feed on themselves and supercharge on engagement. This is even more true in TikTok.

Elon Musk: Next we have Elon Musk. The man is a meme himself. It seems like he just doesn’t want to go to space he also wants to send Dogecoin to the moon. Time and time Elon made tweets and memes about Dogecoin and how it’s so good to use Dogecoin. The man has been riding the Dogecoin meme-like there is no tomorrow. 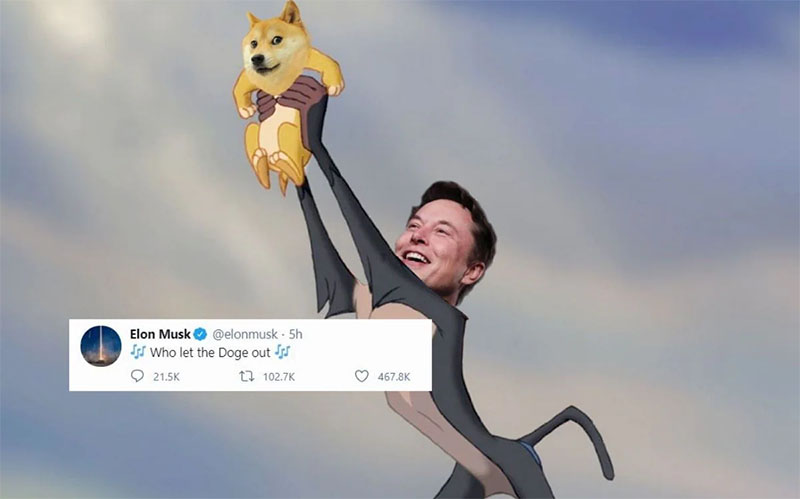 If you take a look at the price chart of Dogecoin you will see every time Elon Mask tweet something about Dodge the price has gone up. Given that it’s very easy to share memes on social media his simple amplify and creates a lot of hype. A mare tweet of Dog can make Dogecoin’s price go up.

The Future Of Dogecoin

Now here is where I have to be honest with you guys. In the future world of cryptocurrency, Dogecoin has no real value. You can do a lot of stuff with other cryptocurrencies. For example, Eth users can create, publish, monetize, and use applications on the platform, and use its Ether cryptocurrency as payment. But with Dogecoin you can only use it as a medium of exchange.

Furthermore, in this age of decentralized coins, Dogecoin is pretty centralized. Only a few people basically some doge whale hold 30% of total dogecoin. This poses a serious problem cause these people are not the founders of Dogecoin and they can easily dump those coins allowing the Dogecoin price to fall for good.

Now at this point, you might be asking then why people buy Dogecoin? Well, there are mainly three categories of people who buy Dogecoin. The first type is just having fun. They are treating doge as a meme coin and having fun with it. The next group wants to make money on Dogecoin. They know when to buy and when to sell and the last party who truly believes in Dogecoin. They really think Dogecoin will suppress Bitcoin.

No matter how you look at this. There will come a time where there will be no new buyer of the doge and the price will start falling. When that happens a lot of people will lose a lot of money. In other words, Dogecoin’s future not looking too great. Also, the inflation rate of Dogecoin makes it impossible to become a viable cryptocurrency in the future. So if you want to invest in Dogecoin please research this further. And if you want to know how to buy Dogecoin then read our article where we explained it pretty easily.