That is the million-dollar question right now. Is bitcoin bad for the environment? Well, there are people on both sides in this argument. Arguably bitcoin is the most secure payment method till now and with added benefits, it’s not controlled by any organization. But many experts think the bitcoin transaction process wastes too much power which can be bad for the environment. To understand it better you need to have a little idea about how a bitcoin transaction works.

Like most cryptocurrency bitcoin? uses proof of work method. Rather than the majority vote proof of work select which computer will create a block and earn bitcoin? how does it select that? The computer solves the equation first gets the reward. Meaning few computers will try to solve a complex equation and whichever computer will be first will earn the bitcoin. The more powerful the computer the higher chance it has to produce a bitcoin block. Of course, proof of work exists so that hackers can not manipulate the system. Because if they want to change it they have to spend millions on the powerful computers to produce a manipulated block.

Even though this is a very good system for prevent hacking it waste too much power. Think about it. For example, let’s say ten computers are trying to solve complex math and one succeeds. But what about the other nine. Whether they succeed or not they used energy to compete on that math challenge which is now a complete waste. This is why many people just can not accept the use of bitcoin. Of course, there are other cryptocurrencies that use less energy for the transaction.

There are more than 1 million miners in the world. And that’s only for bitcoin. All this mining using a lot of energy and this get some people very concerned. Some of the experts say the energy it uses for transactions could be very bad for the climate. Already bitcoin uses more power than a small country.

Why Bitcoin Is Bad For The Climate?

After the 2017 crypto boom mainstream started to pick up news about bitcoin. In 2018 there is an article on nature climate change that argues and crypto alone can bring climate change over 2 degrees celsius. This 2-degree Celsius is a significant cause climate expert to believe this is the point where humanity can not go back from global climate disasters. Staying below this 2-degree level is the Paris climate agreement.

Let’s give you an idea about how much energy bitcoin uses. A single bitcoin transaction takes more energy than 750,000 transactions of visa swipes. Granted that they are many things that make that visa swipes work but still 1 against 750,000 is a pretty big difference.

Now you have to understand that nobody clearly knows how much energy bitcoin miner uses. The University of Cambridge gives a statistic that it could be anywhere between 40 and 440 terawatts per year. Which is a lot of energy and its increasing. Netherland uses 121 terawatts per year and Argentina uses 300 terawatts. So even if we go middle and think bitcoin uses around 200 terawatts per year it’s still bigger than the whole Netherland power consumption.

Not to mention 65% of bitcoin miners are located in China. A country that generates most of its energy from coal is really bad for the environment. Bitcoin mining also generates 11.5 kilotons e wasted per year. 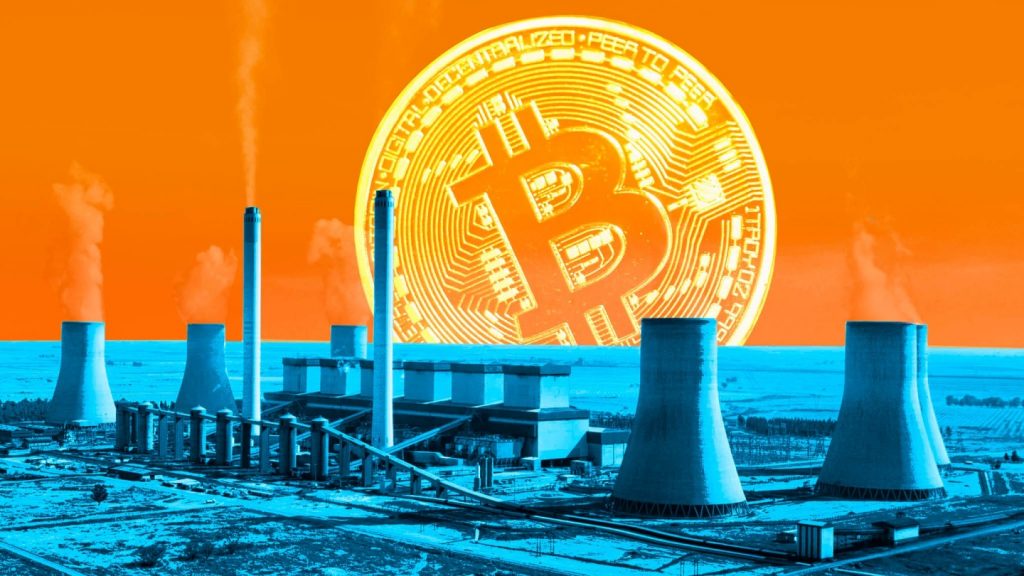 Other Environmental Impacts of Cryptocurrency

In addition to energy wasted cryptocurrency also produces electric waste. Because the hardware uses to mine crypto becomes obsolete very quickly. This is even more true for the new Application-Specific Integrated Circuits which is specialized hardware for mining bitcoin.

Unlike other computer hardware, you can not re-use this component. They quickly became obsolete. According to experts, only bitcoin produces eight and twelve thousand tons of electronic waste per year. Most of these hardware has no place to dispose of properly which is a big concern all around.

Now, these are all the claims from one side of the discussion. Many people tend to believe that bitcoin is not bad for the environment instead it’s good for the climate. While both sides of the argument are present one thing is certain cryptocurrency is changing the world and whether you like it or on you are in that part of the world.