China bans Crypto mining. Now the question everyone asking is why? This week, Bitcoin dipped below $30,000 for the first time since January. That’s half what it was worth just three months ago. It’s coming amid fears that China. The world’s biggest Bitcoin mining country is trying to ban cryptocurrencies outright. Is it? Here’s what we know as of today.

While we haven’t seen any reports of China flat-out outlawing cryptocurrencies. The government started issuing warnings about trading and mining cryptocurrencies in May and told the country’s financial giants they would have to stop dealing in crypto. Since then, we’ve seen the top three mining regions in the country start making moves against miners. And the government reportedly met with major banks again just this week to reiterate that banks can’t be involved with cryptocurrency transactions.

CHINA’S BIGGEST HUBS ARE ALL GOING DOWN 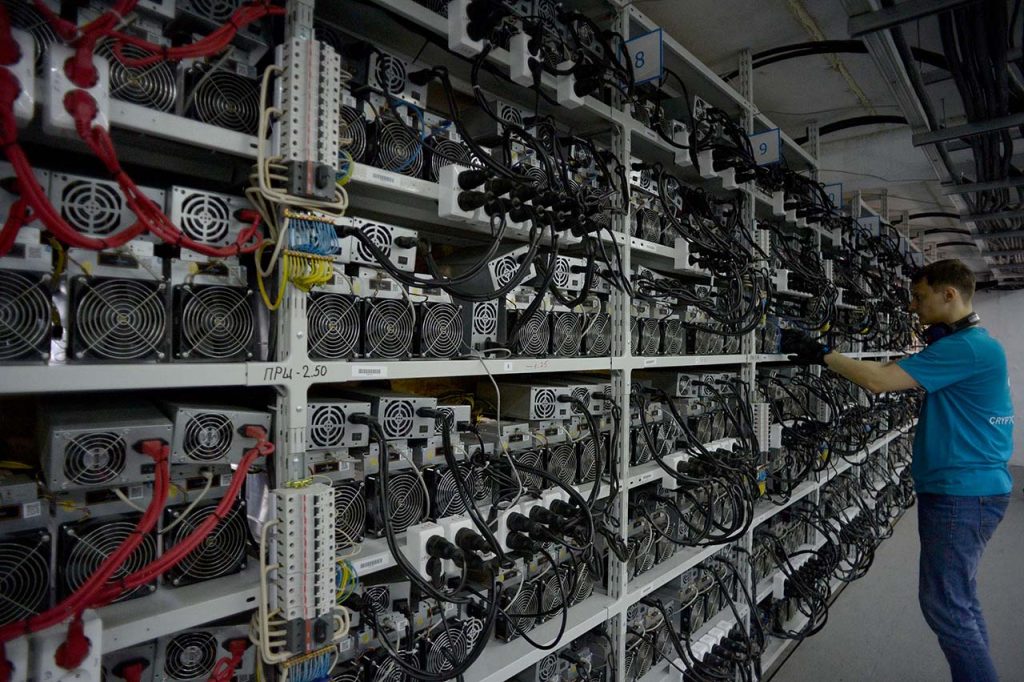 The reports indicate the potential for a large drop world’s crypto mining capacity. The University of Cambridge estimated in April of 2020 that China provided 65 percent of Bitcoin’s hash rate. With three main provinces making up the bulk of that computing power. Those three regions seem to be following the government’s example by working to curb crypto — Xinjiang.

The region with the most mining on average according to Cambridge’s provincial breakdown. Also, it has shut down a major mining hub, according to The Block. Inner Mongolia has reportedly started the process of instituting a total mining ban. Last week, the province of Sichuan instituted a ban on mining, telling electricity companies to cut power to any mining operations they discovered. The Yunnan provincial government has also reportedly told its power companies to stop making side-deals with miners.

The Chinese government says it’s acting now because of concerns around crypto’s volatile price, and its potential use for money laundering and illegal dealings, according to Reuters. There’s also speculation that the Chinese government may be concerned about optics. Crypto mining’s reputation as an environmental disaster doesn’t square with China’s desire to be seen as a leader in green energy. With its leader pledging that the country will be carbon-neutral by 2060. It’s worth noting that China is also developing its own centralized digital currency.

The effect of the ban in other worlds

The Chinese government has been tightening the screws on Bitcoin for years. It banned banks from handling Bitcoin in 2013 and banned initial coin offerings in 2017. But cheap electricity from hydro and coal, along with some legal grey areas.  Have reportedly allowed mining to explode in the country. Now, it seems like some miners have had enough. The president of a Hong Kong mining pool told CNBC that it doesn’t “want to face every single year, some sort of new ban coming in China.”

China isn’t the only country that’s been making policy moves around cryptocurrencies. Iran issued a temporary ban on mining during the summer months. And India is potentially making ownership of crypto illegal. El Salvador has gone the opposite direction. Becoming the first country to make Bitcoin a legal tender.

Since the government’s proclamations in May, graphics card prices in the country have fallen noticeably. According to the South China Morning Post, as demand for mining GPUs has fallen. The price of major cryptocurrencies like Bitcoin and Ethereum have also dropped sharply since China made those moves, according to Coinbase’s tracker — since early May, Bitcoin prices have gone from around $55,000 to around $32,000, and Ethereum has halved in value. It’s hard to tie that directly to China’s actions, especially given other factors like Elon Musk and NFTs, but publications like The Wall Street Journal have been discussing it as a factor.